Date Property Purchased and Use During Marriage

The biggest part of the analysis for what happens to real estate during a divorce is when the property was purchased. If one of the parties purchased the property before the marriage, it might be considered a pre-marital asset that belongs exclusively to that spouse. However, if the property served as the home in which the couple lived while married, or as a source of marital income, the property may have converted to a marital asset subject to equitable distribution between both spouses.

In most states, it is possible to own property before a marriage and still retain exclusive ownership of that property. This is true even in the absence of an antenuptial (or “prenuptial”) agreement. The trick is that the property must remain exclusively a benefit of the owner spouse. If that spouse begins sharing the use and enjoyment of the property (or proceeds derived from the property, such as depositing them in a joint bank account), the solitary ownership interest may dissolve.

Property purchased after a marriage, or which is used for marital purposes (like serving as the house in which the couple lived) is generally an asset of both partners and the interest in the property must split in a fair manner (i.e., “equitably”) between the parties. 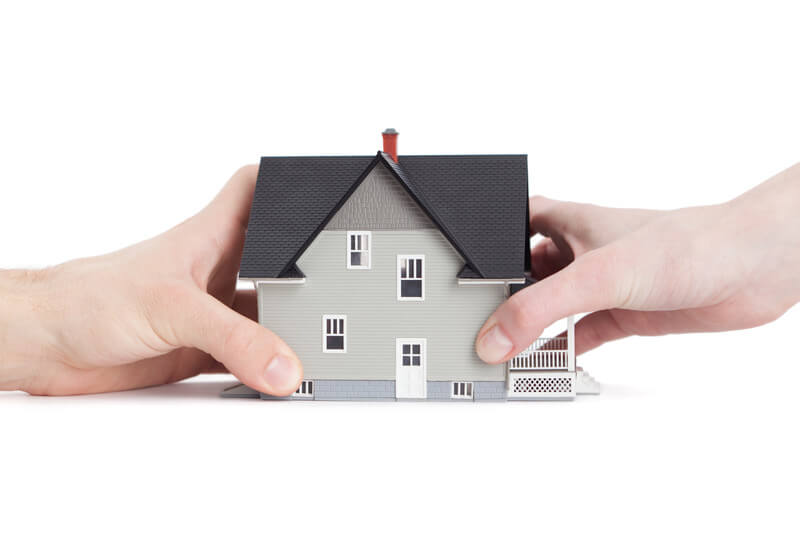 How to Deal With a House Without a Fight

If the two parties to a divorce are still civil and want a clean, quick, and simple break, selling a property is a great idea. The only issue will be how the proceeds are divided between the spouses and, unfortunately, this issue alone can become quite contentious. If the parties can agree beforehand, they may avoid considerable headaches when the property sells. Alternatively, having the attorneys negotiate or hiring a mediator may be other ways to determine an appropriate distribution of the cash from the sale. If all else fails, the judge presiding over the case will make a determination based on fact and law, but that removes the parties' ability to come to a better arrangement between themselves and could end up leaving both parties unhappy with the outcome.

A common philosophy in determining who should get how much out of a home or other property sale is to look at how much each spouse contributed to the property. For example, if one party contributed 60 percent of the cash at the time of purchase, and later paid 40 percent toward the payments on the loan, that would be their relative contribution to the property. That can lead to a quantifiable figure that may be compared to a similar number produced by the other spouse. When the parties figure out the relative percentage of the total value each contributed, they can divide the proceeds of the sale accordingly.

What Happens if Both Parties Want the House?

When former spouses want to keep a property, whether out of financial need or spite, things can get much more tricky. If the other party is willing to walk away from ownership, the one who stays can simply “buy out” the other's interest in the property. This also requires the departing spouse to be removed from any deeds, mortgages, or other rights or obligations on the property.

On the other hand, if both parties want to retain possession of the property, the matter must be decided by a judge. Often, the ownership will be granted to one party at the cost of certain other assets that party may have wished to retain. That way, neither party gets more out of the divorce than the other. However, this also means sacrificing other things which the spouse that keeps the property might have wished to retain. Thus, it is usually best, even under contentious circumstances, to attempt to resolve disputes over property ownership amicably rather than by going through court.

Determining who will keep the family home-- or whether it will be sold to a third party-- can be one of the most difficult decisions in a divorce. A house is often the family’s most valuable asset. In addition, people have an emotional attachment to their home. And, when there are children involved, additional emotional and practical considerations come into play. 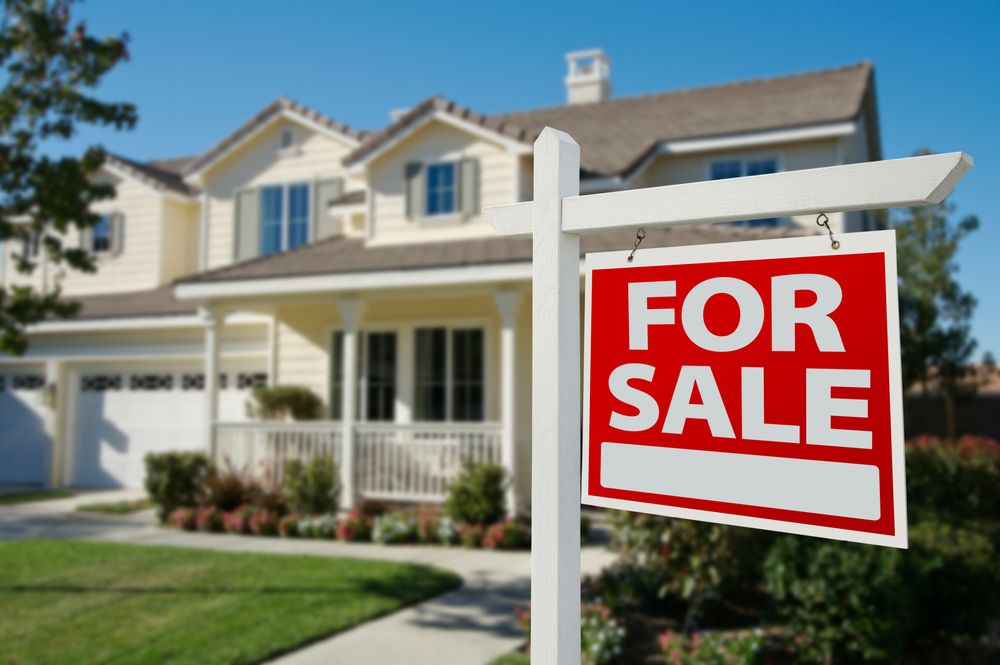 Whose House Is It?

The first step in figuring out who will keep the home or whether it will be sold to a third party is to determine who owns it. While this may sound simple, in reality it is not always clear.

In California, there is a presumption that property acquired during the marriage is "community property," which means the property is owned by both spouses equally (unless one spouse acquired it through an inheritance or gift).

Sometimes, however, facts regarding the ownership of a home are not that simple. For example, in some cases, the title to a home purchased during marriage is in the name of one spouse only. In this situation, the title creates a presumption that the house is separate property and belongs to the spouse whose name is on title.

The other spouse can overcome this presumption by showing that the spouses had an agreement or understanding that the house belonged to both of them, even though they were not both on title. Rebutting the presumption created by title can be very difficult, however, and requires strong evidence that the intent was for the house to belong to both spouses.

When a spouse buys a home before the marriage, that home is generally that spouse’s separate property. However, the situation becomes more complicated when the spouse who is not on title contributes money to the mortgage or payments for improvements to the home during the marriage. In this case, that spouse would have an interest in the home, which can be significant, especially with a long marriage. 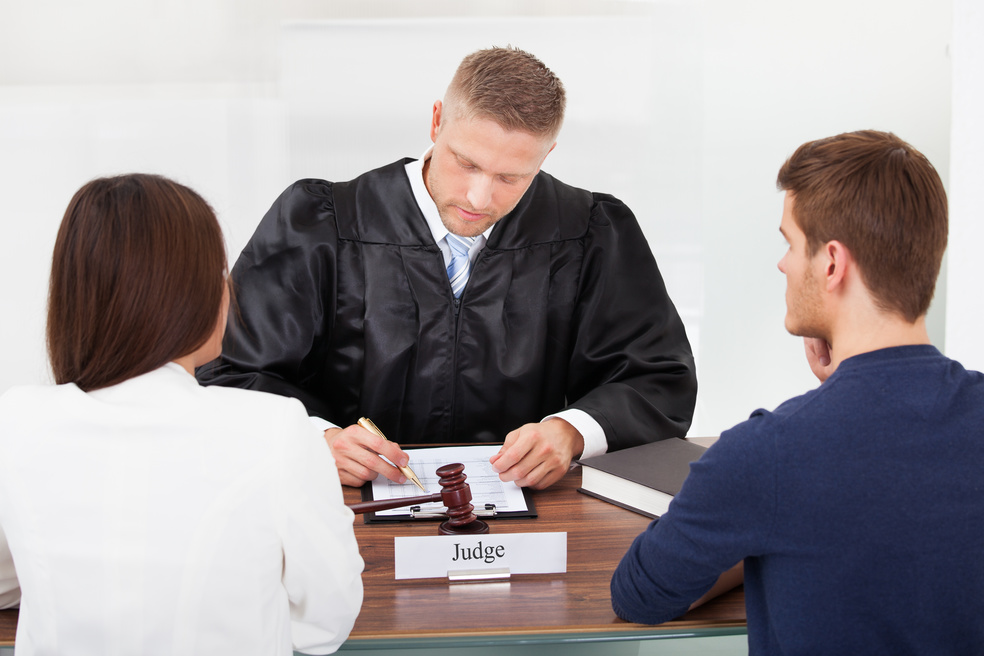 Who Gets the House in the Divorce?

Spouses can agree to sell their home and split the profits from the sale. This is often the only feasible option when neither spouse is in a financial position to own the home alone.

Another option is for one spouse to take full ownership of the home and pay the other spouse his or her share. The buying spouse will need to refinance the home, so that the selling spouse is removed from the mortgage.

In determining whether the buying spouse can afford to take on full ownership of the home, many costs need to be considered, including:

Tax implications are also an important part of the financial equation. You need to determine whether the buying spouse would be entitled to a mortgage interest tax deduction.

You should contact a tax consultant for more precise information on these tax issues.

When the spouses have minor children in common, the court may make an order that temporarily delays sale of the home. This is called a “deferred sale of home” order. Under this scenario, both spouses continue to own the home jointly for a set period, giving the custodial parent exclusive use and possession of the home during this time. The purpose of a deferred sale order is to minimize the impact of the divorce on the children.

In considering a deferred sale order, the court first must determine whether the spouses will be able to afford the payments on the house after the divorce. The court will look at the spouses’ incomes, the availability of support, and other funds available to make payments.

As discussed above, when a spouse purchases a home before marriage, it is separate property. But, if community funds are used to make mortgage payments or improve the separate property home during the marriage, the other spouse acquires an interest in the home. During the divorce, the court will use a formula to calculate that spouse’s interest in the home, and the spouse will be reimbursed for those contributions.

Go Back to Shasta County Divorce and Real Estate